The Fiat Ducato is one of the most versatile vehicles on the market with class leading payload, volume and axle loads combined with an extensive choice of wheelbase, length and height variants making it suitable for everything from carrying passengers, to making deliveries and refrigerated vehicles to camping. ​

The engine range has always been one of the many strengths of Fiat Professional Ducato with a comprehensive range suitable for every mission. The Ducato MY20 retains all the features which have proven so popular with customers while offering new power versions which are all Euro 6D compliant.

The Ducato’s new range of MultiJet 2 engines is loyal to Fiat Professional’s mantra, “one mission-one engine”, with the new industrially-derived 2.3-litre engine with a variable geometry compressor, resulting in a smoother drive, increased flexibility at low speeds and improved fuel consumption, no matter which power output. The engine features a new turbocharger that adapts its fluid dynamics to the speed of the engine and to driving styles thanks to the implementation of a series of mobile blades situated along the radius of the turbine. This controls the flow of exhaust gas and consequently the speed and force of the compressor, to provide the right performance at all times.

The entry level Ducato produces 120hp from the 2.3-litre MultiJet 2 engine at 2,750rpm with a maximum torque of 320Nm at 1,400rpm. It is teamed with the manual gearbox, which improves power and torque delivery by 10% compared to the previous 2.0-litre engine.

The 140hp version is versatile and flexible with its 350Nm torque (an increase of 9% compared to the previous 130hp MultiJet engine) available at just 1,400rpm and offered with a choice of 6-speed manual gearbox and the new 9-speed automatic transmission. The 160hp variant reaches peak power output at 3,500rpm and distributes up to 400Nm torque at 1,500rpm in the automatic version. This power unit implements a specific engine shaft with oversized bearings, special pistons and a specific turbocharger to improve performance. The top-end of the range boasts the 180hp version of the 2.3-litre MultiJet engine with peak power coming in at 3,500rpm and 400Nm torque from 1,500 to 3,000rpm, with manual gearbox. Combined with the new 9-speed automatic transmission it produces 450Nm torque, 12% more than the previous model placing it best-in-class in terms of torque in its category.

The new 9-speed automatic transmission offers a relaxed and enjoyable driving experience, while optimising consumption levels yet without compromising performance. It is best-in-class in terms of weight in its sector, and it allows for optimum use of driving torque that reaches a record of 450Nm on the 180hp version of the 2.3-litre MultiJet engine.

The Fiat Professional technicians developed the Ducato MY20 with the 9-Speed automatic transmission so every customer would be able to benefit from the optimised performance and consumption levels no matter the specific task and route. Drivers can choose between three different driving modes: Normal, Eco and Power. The Eco mode provides a smoother acceleration response and a dedicated gear shift pattern to allow for a greater reduction in consumption levels. Switching to Power mode, this delivers a prompt throttle response and gear changes for optimal performance even in tough conditions. The Normal mode balances the economy of Eco mode with the performance of Power mode to provide optimum driving conditions for every situation.

There are two operating modes, Drive and Autostick. In Drive the control module automatically selects and shifts into gear according to the various driving conditions: speed, load, gradient. In Autostick the driver can manage the gear shifts, so that in challenging conditions, such as on steep slopes, they can retain a lower gear to increase performance levels and avoid overheating.

The Ducato MY20 comes as standard with the new EcoPack. This includes the Start & Stop system, smart alternator and electronically-controlled fuel pump, which provide energy savings and greater combustion efficiency.

The Ducato MY20 is the best ever Ducato in every way: technology, safety, ADAS, connectivity and engine line-up. The new range boasts the most sophisticated drive assist systems which allow drivers to have complete control. The following devices and driver aids are available:

A must-have for any genuine professional is the engine idle preset, designed to increase the engine’s minimum revs to power any additional electrical equipment installed on-board. Also new are the more powerful LED Cargo Lights which are available in three different sizes according to the vehicle wheelbase, guarantee efficient lighting in the load area at all times, up to 70 lux in the middle and 40 lux along the perimeter. 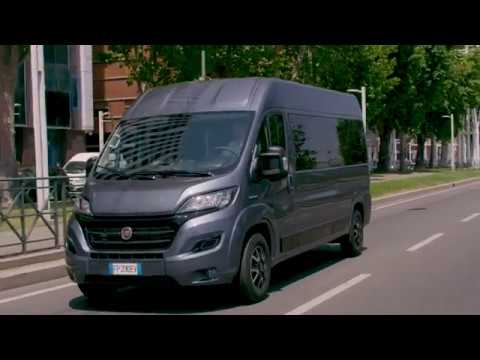 Save up to 39% plus 5 Years Warranty, Roadside & Servicing

Choose either the Tecnico or Sportivo trim level and your new van will have 5 Years Warranty, 5 Years Roadside Assistance and 5 Years Servicing*.

Available with our Purchase Offers

Motorvogue (Northampton)Ltd is an Appointed Representative of Automotive Compliance Ltd, which is authorised and regulated by the Financial Conduct Authority (FCA No 497010). Automotive Compliance Ltd's permissions as a Principal Firm allows Motorvogue (Northampton)Ltd to act as a credit broker, not as a lender, for the introduction to a limited number of finance providers and to act as an agent on behalf of the insurer for insurance distribution activities only.
Contact Us

Whatever your question or feedback we are here to help. So please feel free to contact us

Make an Enquiry
Our Locations
Join us on Social

Immerse yourself even deeper. Visit our social channels

Back
Vehicle Valuation
Compare Saved Vehicles
Top
Close
Your Cookie Settings
Select your cookie settings
Strictly Necessary Strictly Necessary cookies are essential to let you move around the website and use its features, such as accessing secure areas, shopping baskets and online billing. These cookies allow our website to provide services at your request.
Functional Functionality cookies are used to remember the choices you make, e.g. your user name, log in details and language preferences. They also remember any customisations you make to the website to give you enhanced, more personal features.
Targeting Targeting cookies collect information about your browsing habits to deliver adverts which are more relevant to you and your interests. They also measure the effectiveness of advertising campaigns.
Save Settings
Cancel Changes

Your settings will take affect when you refresh the page or move to a new page. Find out more about cookies

This site uses cookies and related technologies for site operation, analytics and third party advertising purposes as described in our Privacy and Data Processing Policy. You may choose to consent to our use of these technologies, or further manage your preferences. To opt-out of sharing with third parties information related to these technologies, select "Manage Settings" or submit a Do Not Sell My Personal Information request.